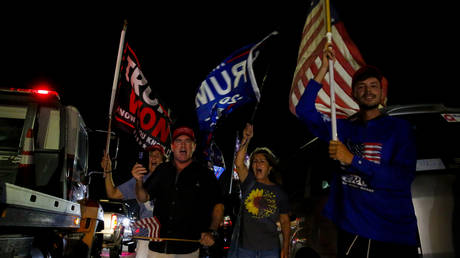 Former US president Donald Trump has decried the apparent double standard at play after the FBI raided his Florida home earlier this week, supposedly seeking classified documents relating to nuclear weapons. Trump argued that his predecessor, Barack Obama, had taken some 33 million pages of documents – many classified, some nuclear-related – when he left the White House without a whisper of protest from the agency.

“President Barack Hussein Obama kept 33 million pages of documents, much of them classified. How many of them pertained to nuclear? Word is, lots!” Trump declared in a statement released to his followers on Friday. (RT)