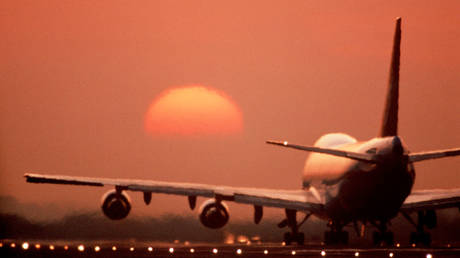 Tens of thousands of empty or almost empty planes have left and entered the country since 2019, the Guardian reports © Getty Images / aviation-images.com / Contributor

More than 35,000 commercial flights have operated almost empty in the UK since 2019, The Guardian newspaper reported this week, citing data from the Civil Aviation Authority (CAA).

During that time, a further 5,000 completely empty passenger flights reportedly entered and exited the country.

Airlines commonly operate ghost flights to retain the right to use their scheduled takeoff and landing slots at airports. During normal times, EU regulations required airlines to operate 80% of their slots.

At the height of the Covid-19 pandemic, the guideline was suspended but then reintroduced at a level of 50%. Last December, the European Commission said the current 50% threshold would be raised to 64% for this year’s April-to-November flight season. 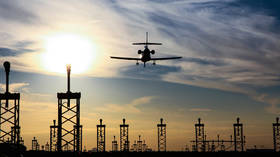 Climate campaigners have expressed outrage at the new numbers, while calling for a jet fuel tax and questioning airport expansion plans.

“This shocking new data on ghost flights is yet another example of how the aviation industry cannot be trusted to get its emissions on track to tackle the climate crisis,” Alethea Warrington, at the climate charity Possible, was cited by the newspaper as saying.

“Putting tens of thousands of empty or near-empty planes in the air during a climate crisis is a vast waste of money and a needless source of emissions. It makes a mockery of people’s efforts to reduce their own emissions,” Anna Hughes, at the Flight Free UK campaign group, told the media.

Meanwhile, the Department for Transport has announced plans to cooperate with the CAA to monitor aircraft occupancy, to seek greater transparency on ghost flights.