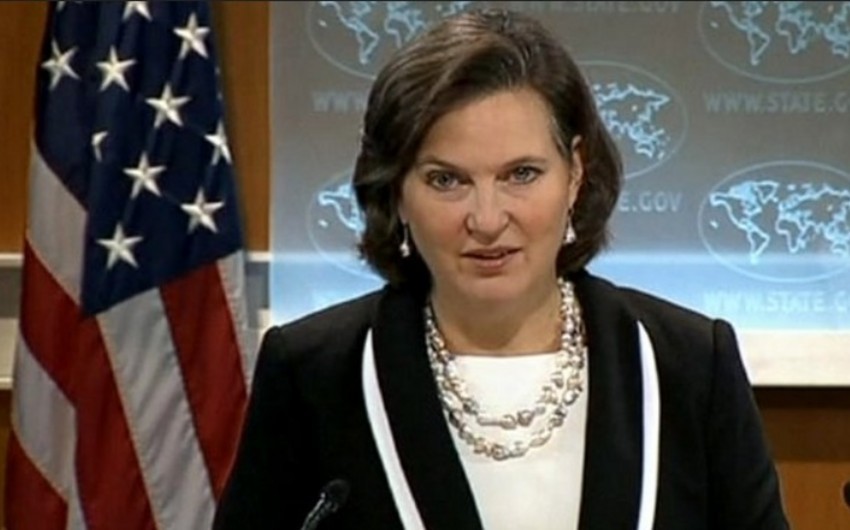 The administration of US President Joe Biden has prepared 18 different scenarios of action in the event of a supposed “Russian invasion” in Ukraine, US Under Secretary of State for Political Affairs Victoria Nuland said in an interview with the Financial Times, Report informs.

“I’m not going to preview 18 different scenarios… I would simply say that our commitment and the conversation that we have with our allies is around inflicting very sharp pain very fast, if Russia makes this move in any form,” Nuland said.

Nuland said the US was, however, trying to “understand” European countries’ exposures to sanctions, to “build that package that shares the burden as equally as we can and that people are ready to implement”. She also suggested that the US and European sanctions measures may not be “identical”.

“Sometimes there are things that Europe can do that are harder for us and sometimes it’s the other way around,” she said.

Commenting on the talks on security guarantees between the US and Russian delegations that took place this week, Nuland said that the parties managed to hear each other’s concerns, but a serious discussion had not yet begun.

“All we’ve done so far is hear each other out,” she added. “We haven’t begun the kinds of conversations that we would have to have to try to reach agreements, particularly if they want these agreements to have binding force. So we would need more time.”

At the same time, Washington is interested in continuing negotiations with Moscow, she added.

“We believe that we can de-escalate and we can make some progress on some of these things through diplomacy,” Nuland said. “We hope and expect that with some of the ideas that we put on the table, Moscow will stay at the table, but that’s Putin’s choice.”