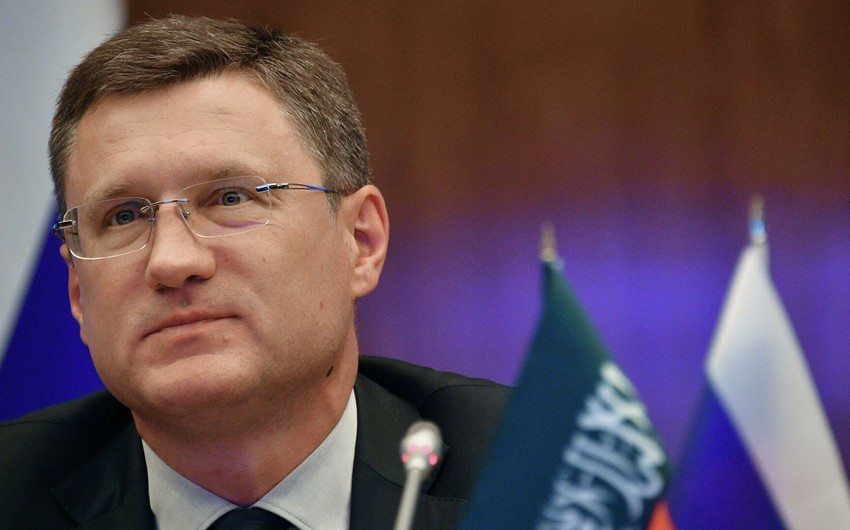 Russian Deputy Prime Minister Alexander Novak says the European politicians’ calls to give up gas is ‘hype,’ adding that such statements are linked to their unwillingness to admit the mistakes that led to the energy crisis in Europe, Report informs.

“Politicians can say whatever they want, but the economy still crawls out anyway. For example, as it happened this year on the European gas market. These are the ‘hypes’ that we see today. Yes, politicians do not want to accept their mistakes there,” Novak said in a TV show on the Russia-1 TV channel.

Earlier, a diplomatic source from TASS in Brussels said that the European Commission would not recommend EU countries to return to long-term contracts for gas supplies from Russia at fixed prices, which for many years ensured the stability of gas prices in Europe. He stressed that this does not prevent the EU countries from independently concluding such contracts with Russia or other suppliers.

The European Commission’s energy proposals are based on the principles of preserving the liberalized European gas and electricity market that has been created over the past ten years. According to this concept, the European Commission considers long-term contracts for the supply of gas as mechanisms that impede the operation of the free market. However, the executive structure of the European Union does not have enough powers to prohibit the EU countries from concluding such deals.

Novak said that the energy crisis in Europe might repeat in the future, so measures must be taken to avoid it. “Today, Europe lacks about 25 billion cubic meters of gas in underground gas storage facilities, and something needs to be done about it,” he said.

The deputy PM stressed that Russia not only fully fulfills its obligations under all signed contracts, “but even increased the volume of supplies to global markets by 15% compared to last year.”