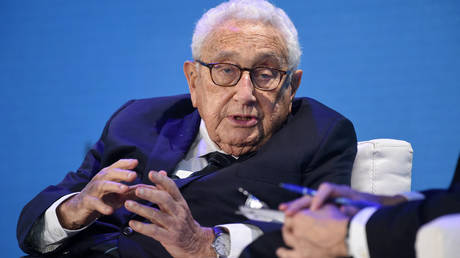 Former US Secretary of State Henry Kissinger speaks during an interview at the Bloomberg New Economy Forum in Singapore on November 6, 2018. ©  Roslan RAHMAN / AFP

Russia regarded its sphere of influence in Eastern Europe as a “safety belt,” the former US secretary of state said Former US Secretary of State Henry Kissinger speaks during an interview at the Bloomberg New Economy Forum in Singapore on November 6, 2018. © Roslan RAHMAN / AFP

Washington’s attempts to incorporate Ukraine into NATO after the collapse of the Soviet Union were not prudent, former US Secretary of State Henry Kissinger said on Friday.

Speaking to the Council on Foreign Relations, a non-partisan US think tank, the 99-year-old veteran diplomat argued that Washington tried to indiscriminately include all former members of the Soviet bloc under its umbrella after the Berlin wall fell, and that the “whole region between the center of Europe and Russian border became open to restructure.”

“From the Russian point of view, the United States then attempted to integrate this whole region, without exception, into an American-led strategic system,” he said, adding that this development basically removed Russia’s historic “safety belt.”

Kissinger thus stressed that “it was not a wise American policy to attempt to include Ukraine into NATO.”

He, however, does not believe that this justifies attempts by Russian President Vladimir Putin to re-incorporate Ukraine into Moscow’s sphere of influence by a “surprise attack.” 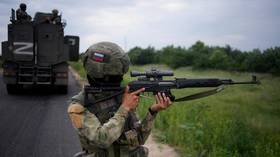 Kissinger said he does not know if it is possible to make peace with the Russian leader, but stressed that the West “must seek an opportunity for an arrangement that guarantees Ukrainian freedom” and keeps the country part of the European system.

Moreover, Kissinger opined that in a way, Russia has “already lost the war” because its capacity to threaten Europe with conventional attacks, which it had enjoyed for decades or even centuries, “has now been demonstrably overcome.”

Read more:   Visit to LA was surprise for Armenians living there - Azerbaijani community

Despite that, the former secretary of state signaled that sooner or later, the West and Russia must engage in dialogue. “Some dialogue, maybe on an unofficial level, maybe in an exploratory way is very important,” he reiterated, adding that “in the nuclear environment” such an outcome is preferable to a “battlefield decision.”

In early August, Kissinger warned that the US had found itself “at the edge of war with Russia and China on issues which we partly created,” arguing that Washington has rejected traditional diplomacy, as it has been “seeking to convert or condemn their interlocutors rather than to penetrate their thinking.” (RT)