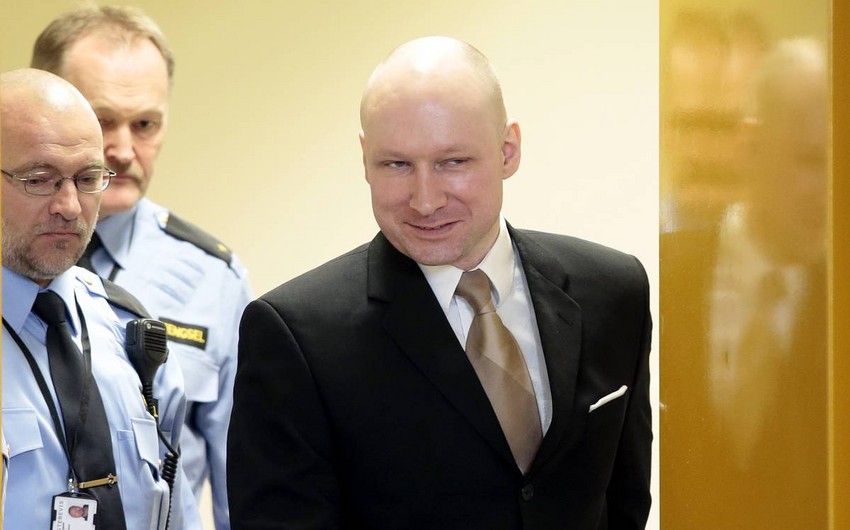 Norwegian mass killer Anders Behring Breivik goes to court, January 18, after 10 years behind bars, claiming he is no longer a danger to society and attempting to get an early release from his 21-year sentence, Report informs referring to the Independent.

The far-right terrorist has shown no remorse since slaying 77 people in a bomb and gun massacre in 2011, and families of victims and survivors fear he will grandstand his extreme views during the hearing, which experts say is unlikely to deliver him an early release.

Randi Rosenqvist, the psychologist who has followed up Breivik since his 2012 jailing, says “I can say that I do not detect great changes in Breivik’s functioning,” since his criminal trial when he bragged about the scale of his slaughter, or his 2016 human rights case, when he raised his hand in a Nazi salute.

“In principle and practice someone seeking parole would have to show remorse, and to show that they understand why such acts cannot be repeated,” she said.

She will give evidence at his hearing and submit the psychiatric report, which is typically crucial if criminals are to demonstrate they are no longer dangerous.

“That is unlikely to happen,” said Berit Johnsen, research professor at University College of Norwegian Correctional Service. “I think it is quite obvious that there still is a high risk that he will commit new crimes if he is released.”