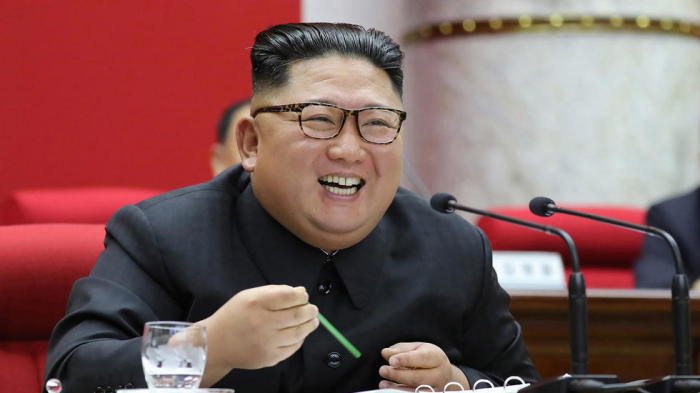 North Korea said Saturday it had received Donald Trump’s letter wishing a happy birthday to leader Kim Jong Un, but warned it will return to nuclear talks only when Washington fully accepts its demands, according to AFP.

The US president and Kim have held three meetings since June 2018 but negotiations have been largely deadlocked since the breakup of their Hanoi summit last February.

“As acknowledged by the world, it is true that the personal relations between (Kim Jong Un) and President Trump are not bad,” he said in a statement carried by the official KCNA news agency.

However, it would be “absent-minded” to expect Pyongyang to resume dialogue because of that warm personal relationship, the statement continued.

“We have been deceived by the US, being caught in the dialogue with it for over one year and a half, and that was the lost time for us,” the adviser said.

On the gridlocked nuclear talks, he said that reopening dialogue would only be possible in the case of Washington’s “absolute agreement” on the issues raised by North Korea.

But the senior official was sceptical that the US would accept these demands, saying: “we know well that the US is neither ready nor able to do so. We know… the way we should go and will go on our way.”

At a meeting of his ruling party in December, Kim Jong Un declared an end to North Korea’s moratoriums on nuclear and intercontinental ballistic missile tests.

The leader also threatened a demonstration of a “new strategic weapon” soon.

North Korea has never officially confirmed Kim’s age or date of birth — but on January 8, 2014, basketball star Dennis Rodman sang him “Happy Birthday” before an exhibition match in Pyongyang.

The adviser warned South Korean authorities against trying to act as a mediator between the US and the North.

“The South Korean authorities had better not dream a fabulous dream that we would return to the dialogue with thankful feelings for the birthday greetings like someone,” he said.