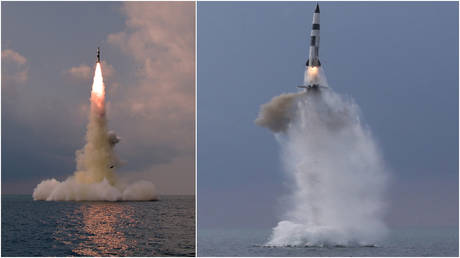 Pyongyang has tested a novel submarine-launched missile system, North Korean state media said. The launch became North Korea’s first of its kind since 2019. It comes amid talks between the US, South Korea and Japan in Washington.

The new missile “will greatly contribute to the advancement of the nation’s defense technology and the improvement of the navy’s underwater operation capabilities,” academy said.

State media also released a series of photos purporting to show the October 19 launch, with a munition seen emerging from the ocean in several shots, as well as the sub from which it was allegedly launched. (RT)