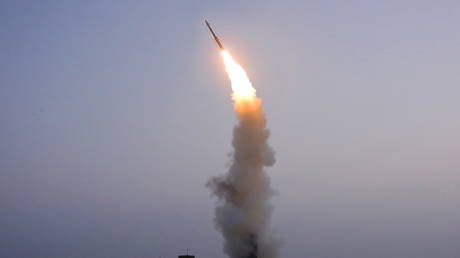 Pyongyang has reportedly carried out another weapons test, with Japanese Prime Minister Fumio Kishida saying that the reclusive nation launched two ballistic missiles on Tuesday, as cited by Reuters.

The reported missile test took place around 10.17 a.m. local time on Tuesday, South Korea’s Joint Chiefs of Staff reported. The South Korean military said that at least one missile was fired from a launch site near the North Korean port city of Sinpo