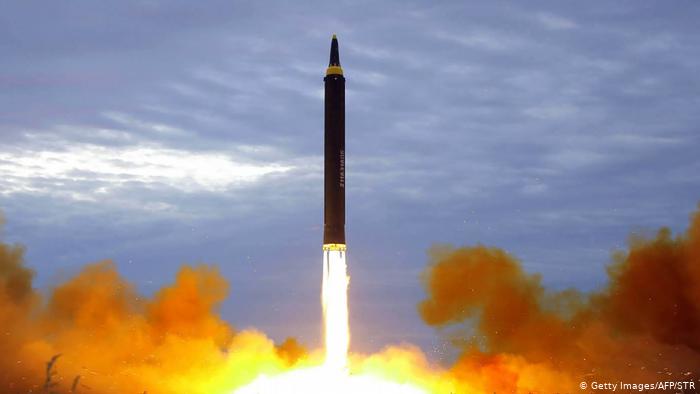 North Korea fired a ballistic missile into the sea on Tuesday, South Korea’s military said, the latest in a series of tests by Pyongyang as a US envoy repeated calls for dialogue, according to AFP.

The “unidentified ballistic missile” was fired from Sinpo into the sea east of the peninsula, Seoul’s Joint Chiefs of Staff said in a statement.

“South Korean and US intelligence are closely analysing for additional detail,” it added.

Sinpo, where the missile was fired, is a major naval shipyard and satellite photographs have previously shown submarines at the facility.

The North is known to be developing a submarine-launched ballistic missile (SLBM) and previously carried out an underwater launch, although analysts said that one was likely to have been from a submerged platform rather than a submarine.

Something of a regional arms race is developing on the peninsula, with the South last month testing its first SLBM, putting it among the elite group of nations that have demonstrated proven technology, and unveiling a supersonic cruise missile.

Following Tuesday’s launch, the South’s presidential office said it was convening a meeting of the National Security Council.

The nuclear-armed North — which invaded its neighbour in 1950 — has in recent weeks tested a long-range cruise missile, a train-launched weapon and what it said was a hypersonic warhead, sparking global concern.

Opening the event, leader Kim Jong Un — who has overseen rapid progress in the North’s military technology, at the cost of international sanctions — blamed the United States for tensions, dismissing Washington’s assertions that it does not have hostile intentions.