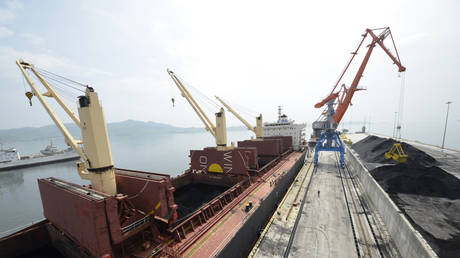 Pyongyang has urged the UN to act after North Korea’s bulk carrier, the Wise Honest, was captured by US forces. It was seized a year after being detained in Indonesia.

Pyongyang’s UN representative Kim Song has sent a letter on Friday to Secretary-General Antonio Guterres asking for immediate action to be taken to return the ship.

Also on rt.com Trump to receive letter from Kim Jong-un, hopes to have summit on June 12

“You must take urgent measures as a way of contributing to the stability of the Korean peninsula and proving the impartiality of the UN,” the letter said.

North Korea’s UN representative also called the US’s action “unlawful” and “outrageous,” describing the US as a “gangster country that does not care at all about international law,” according to North Korea’s state media KCNA. (RT)