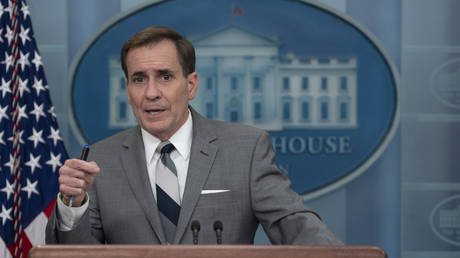 The US does not see any indications that Russia is getting ready to use its nuclear arsenal in the conflict in Ukraine, White House spokesman John Kirby told reporters on Wednesday. However, he added that Washington considers such a possibility “deeply concerning” and takes it “seriously.”

Earlier on Wednesday, the New York Times published a piece, citing “multiple senior American officials,” who claimed some Russian generals had been discussing “when and how Moscow might use a tactical nuclear weapon in Ukraine.” Russian President Vladimir Putin was not involved in these discussions, the paper said. The conversations took place at some point in mid-October, it added.

This is not the first time the White House has made such a statement. Last month, Kirby stated that Washington saw no indications that Russia was preparing to deploy a nuclear weapon. 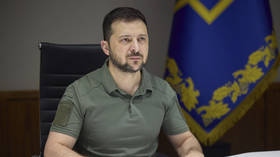 The threat of a nuclear war has been a hot topic recently after Putin vowed to defend Russia’s territory and people using “all the forces and resources we have” in late September. His remarks were then widely interpreted by Western pundits and officials as a veiled nuclear warning, which prompted US President Joe Biden to warn about a potential “nuclear Armageddon.”

Putin clarified his statement later by saying that Moscow has not even mentioned tactical nuclear weapons, let alone threatened to use atomic weapons. His words, however, did not alleviate fears in Washington, as Biden continued to wonder why Russia keeps “talking about” nuclear weapons if it does not plan to use them.

Moscow also raised the issue in the UN Security Council, prompting the International Atomic Energy Agency (IAEA) to send an inspection to several Ukrainian facilities to investigate the claims. (RT)