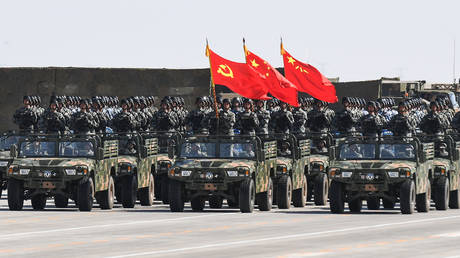 The former senior intelligence officer argued that such actions would be impossible to miss FILE PHOTO. © STR / AFP

To prepare for a military operation against Taiwan, the Chinese government would have to take certain steps that simply cannot be kept secret from the West – and there is currently no sign of them, former CIA official John Culver argued on Monday.

“If China decides to fight a war of choice over Taiwan, strategic surprise would be a casualty of the sheer scale of the undertaking,” he wrote in an article published by the think-tank Carnegie Endowment for International Peace. Culver retired from the CIA in 2020 and has written extensively about China as a senior fellow at the Atlantic Council.

Taiwan has been ruled by nationalists who fled the mainland in 1949 after losing the civil war. According to Culver, going to war over the island – which China considers its sovereign territory – would require shifting the basis for the Communist Party’s “domestic legitimacy” from economic prosperity to nationalism.

He acknowledges that Covid quarantines and the 2019 “crackdown on democracy advocates” in Hong Kong “negatively influenced perceptions among many Taiwanese of Beijing’s motives, intentions, and goals.” Meanwhile, he lists the rising influence of pro-independence politicians in Taipei and the “US determination to play the ‘Taiwan card’ in its strategic rivalry with China” among the reasons the decades-old status quo is becoming untenable.

[If] war is Beijing’s plan, there ought to be reliable indications that it is coming.

Beijing would have to “surge” the production of missiles and other ammunition for “at least a year” before the shooting started, while taking “visible steps” to protect its economy and military from disruptions and sanctions by the US and its allies, Culver wrote. 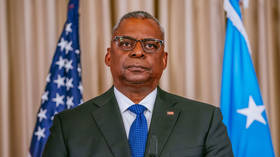 Read more:   China continues to be main driver for oil demand in 2021

“For a conflict that would begin in 2024, as some observers in the United States have predicted, such measures likely would be happening now—and they are not,” Culver wrote.

The current CIA director, however, seems convinced that an invasion is increasingly likely.

“President Xi [Jinping] insists today that, while he is firmly committed to unification, in other words to achieving control over Taiwan, his preference is to pursue means to achieve that short of the use of force,” William Burns told CBS in an interview aired on Monday. “But he’s also instructed his military, we know, to be prepared no later than 2027 to conduct a successful invasion of Taiwan. So the reality, at least as we see it, is that the further you get into this decade, the greater the risks rise of a potential conflict.” (RT)