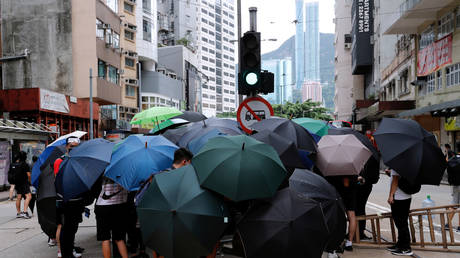 US President Donald Trump has warned China and pro-Beijing officials in Hong Kong that officials who backed the recent national security law will face sanctions and that Hong Kong stands to lose its preferential treatment.

Trump announced plans to strip Hong Kong of the trade and diplomatic perks it previously enjoyed as a partially-autonomous territory during a press conference on Friday, blaming China’s passage of the national security bill earlier this week. “They broke their word on ensuring the autonomy of Hong Kong,” he declared. (RT)