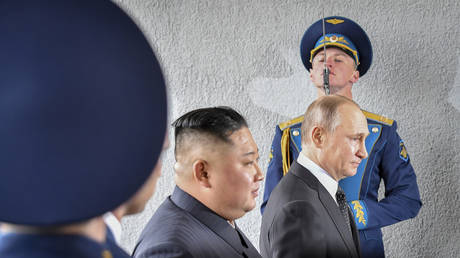 The report stated both countries had agreed to “expand the(ir) comprehensive and constructive bilateral relations with common efforts”.

Matching the anniversary of Korean independence on August 15th, Putin’s outreach comes as Russia seeks new partners away from the West. It also follows reports that North Korean expatriate workers would be assisting in the reconstruction of liberated territories in the Donetsk and Lugansk People’s Republics, to which it recently granted diplomatic recognition.

But it’s also an indication that the world has changed, significantly. Only a few years ago Russia, as well as China, were at least somewhat willing to cooperate with the United States in imposing sanctions on the DPRK in the bid to curb its nuclear and missile development.

That situation no longer exists. The outbreak of the conflict in Ukraine, combined with America’s bid to try and contain the rise of China, now means we exist in a multipolar international environment where multiple great powers are competing for influence. 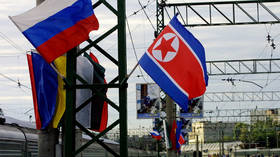 North Korea reaches out to Russia

This breaks down the space for cooperation over common issues, but also increases the need for strategic thinking among the competitors. In the eyes of Moscow, this makes their calculus concerning North Korea even more important than it was before, drawing parallels to the Cold War era.

We should not forget that it was the Soviet Union that enabled the creation of the DPRK in the first place. It was following the closing days of World War II that a strategic contest for influence in East Asia began to emerge between the US and the USSR over the former territories of Imperial Japan. As the Red Army marched south, an agreement was made to divide the Korean Peninsula at the 38th parallel.

Although the original agreement was designed only to make the division temporary, geopolitical frictions soon saw it become permanent, and rival Korean states emerged. The US-backed Republic of Korea in the South, and the Soviet- and China-supported Democratic People’s Republic of Korea (DPRK) in the North, headed by former Red Army captain and guerrilla fighter Kim Il-sung.

The two young nations went to war in 1950, again supported by their respective superpower backers. Active fighting in that conflict ended three years later, but a formal peace agreement has not been signed to this day. And while Koreans on both sides of the divide wish for reunification, the scale of foreign involvement in the 1950s war stands as a reminder the peninsula is seen as a strategically critical landmass linking the continent of mainland Eurasia to the eastern seas.

Great powers have always seen it as a chess piece in the bid to dominate North East Asia. This had led to a tug of war which over the centuries has included the Ming and Qing Dynasties, the Russian Empire, the Empire of Japan and the United States, the People’s Republic of China and the Soviet Union.

But for the last three decades, since the end of the original Cold War, North Korea found itself increasingly isolated as China and Russia, for a period of time, both sought ties with the West, as well as the much more lucrative and successful South Korea. US unipolarity meant there was little interest from Moscow or Beijing in opposing America’s wishes to curb Pyongyang’s nuclear trajectory, which it sees as its last hope for regime survival. 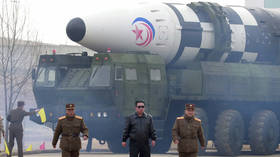 But now a new paradigm is emerging, and just like in the times of old the DPRK, it’s seen yet again as a strategically indispensable bulwark against American power and military hegemony on Russia’s own border periphery, not least against its US-backed neighbors such as Japan.

In such an environment, there is no longer any benefit for Russia in cooperating with the US on the North Korean issue. The horse of “North Korea denuclearization” has long bolted, and instead the presence of a nuclear armed DPRK with ICBM capability is another thorn in Washington’s side, which if removed, only expands US power.

Thus, when America demanded another sanctions resolution against North Korea at the UN Security council earlier this year, both Russia and China vetoed it for the first time in over 15 years. It is a sign of the world we live in.

Moving on from here, Russia is likely to deepen its military and economic ties with North Korea, primarily because of its strategic and political worth.

In this view, history has completed a full circle and as the US shores up its allies to confront Moscow and Beijing, the theme of “bloc politics” re-emerges.