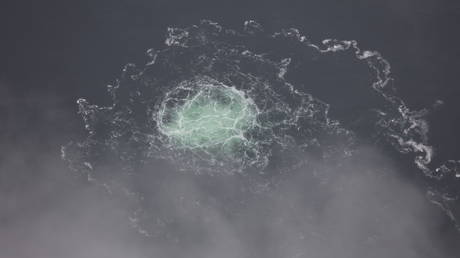 FILE PHOTO. the release of gas emanating from a leak on the Nord Stream 2 gas pipeline in the Baltic Sea on September 28, 2022, At Sea. ©  Swedish Coast Guard via Getty Images

The paper says some Western officials have privately raised questions about Moscow’s alleged culpability FILE PHOTO. the release of gas emanating from a leak on the Nord Stream 2 gas pipeline in the Baltic Sea on September 28, 2022, At Sea. © Swedish Coast Guard via Getty Images

Several unnamed European officials have privately acknowledged doubts over whether Russia is to blame for the destruction of the Nord Stream 1 and 2 gas pipelines, according to the Washington Post. The two gas conduits crossing the Baltic Sea were ruptured by several powerful explosions in late September.

In a piece published Wednesday, the paper quoted an anonymous European official as saying, “there is no evidence at this point that Russia was behind the sabotage.” The article said that assessment was shared by 23 diplomatic and intelligence personnel from nine European nations, whom the Post interviewed in recent weeks.

Several of the sources expressed the view that Russia was unlikely to be behind the explosions. Others, however, merely argued that it would likely be impossible to assign responsibility to any one country beyond a reasonable doubt, the paper reported.

Some officials cited in the article referred to alleged interceptions of communications between Russian officials and military forces, obtained by US intelligence. According to them, Washington has so far not seen anything indicating Russia’s involvement.

Following the attacks on the two pipelines, only one of which was operational, Western governments were quick to point the finger at Moscow. 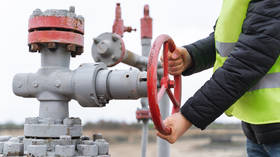 Just four days after the incident, US Energy Secretary Jennifer Granholm told the BBC that it “seem[ed]” Russia was to blame.

German Economy Minister Robert Habeck, in turn, said in early October that “Russia saying ‘It wasn’t us’ is like saying ‘I’m not the thief.’”

The Ukrainian government described the explosions as a “terrorist attack planned by Russia.”

On Wednesday, Russian Foreign Minister Sergey Lavrov opined that “no one in the European Union is apparently going to objectively investigate” the blasts.

In mid-October, the ministry released a statement saying that German, Swedish and Danish authorities had refused to let Moscow participate in their probes despite the latter’s requests. The statement said the Kremlin would view the refusals as proof that the countries “have something to hide or [that] they are covering up the perpetrators of these terrorist attacks.”

It also warned that Moscow would “of course, not recognize any ‘pseudo-results’ of such an investigation, unless Russian experts take part in it.”

At the time of the incident, neither Nord Stream 1, nor Nord Stream 2 were pumping Russian gas to Europe. Exports via the older conduit had been halted by Moscow in early September, citing Western sanctions as the reason. Nord Stream 2, though technically ready, had failed to receive permission from German authorities and had never been in operation.

While gas supplies from Russia to Europe have dwindled significantly since February 24, several pipelines crossing Belarus, Ukraine and the Black Sea remain in operation. (RT)