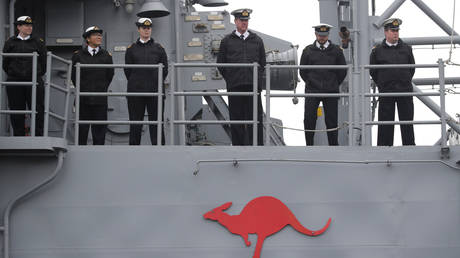 Australia will remain undeterred on its path towards obtaining nuclear-powered submarines with the help of the US, despite stern warnings from China, the country’s defense minister has said.

“This is not the first time that we have seen different outbursts from China in terms of Australia’s positioning,” Defense Minister Peter Dutton said, adding that Australia will continue to stand by its neighbors to ensure peace and make the Indo-Pacific “a safer region.”

“That’s the reality. No amount of propaganda can dismiss the facts,” he said.

Dutton and Australian Foreign Minister Marise Payne traveled to Washington to meet with their US counterparts Lloyd Austin and Antony Blinken shortly after the announcement of a trilateral security pact between the US, UK and Australia, known as AUKUS. Under the deal, which rattled China, Washington and London are to help Canberra build nuclear-powered submarines using American and British technology.

Dutton dismissed the fiery tone in the Chinese state-run media condemning the deal as “counterproductive, immature, and, frankly, embarrassing.”

“There is no sense in us pretending if we ordered 100 subs tomorrow we could compete with a superpower like China,” the minister told Sky News.

Asked about a possible “battle” over Taiwan, Dutton replied: “I don’t think it should be discounted.” (RT)