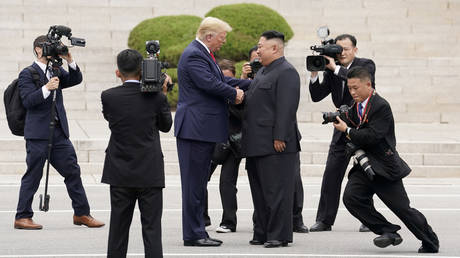 US President Donald Trump acts as an “impatient old man” who cannot hide his nervousness, a senior North Korean diplomat said, amid a lack of progress in bilateral negotiations over Pyongyang’s nuclear arsenal.

“Trump doesn’t know much about our country,” said Kim Yong Chol, a senior diplomat involved in organizing the second summit between Trump and North Korean leader Kim Jong-un. His comments were published by the state news agency KCNA. (RT)