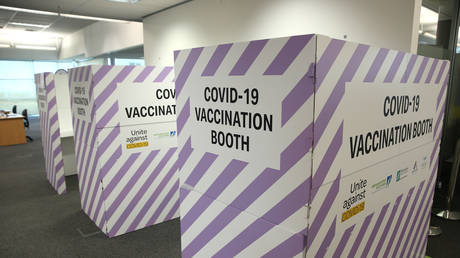 NZ Prime Minister Jacinda Ardern has announced that the country’s medical regulator, Medsafe, has provisionally approved Pfizer’s vaccine as safe for 12- to 15-year-olds. The government will debate the matter at the end of June.

In a statement made on Monday, Ardern revealed that: “After careful consideration of the most up-to-date scientific and medical data available, Medsafe has announced provisional approval for our young people to be given the Pfizer vaccine.”

The PM’s statement will mean that 265,000 minors will be eligible to receive the vaccination by the end of 2021, if approved by the government later this month. However, the Pfizer vaccine is not expected to be offered to this group until October, as the country intends to vaccinate members of its more vulnerable population first.

While Ardern noted that children often experience mild Covid-19 symptoms, she stressed that they can be carriers of the virus and subsequently infect more vulnerable members of both their families and the wider society, concluding that “it’s in all of our interests for this group to get the vaccine.” (RT)