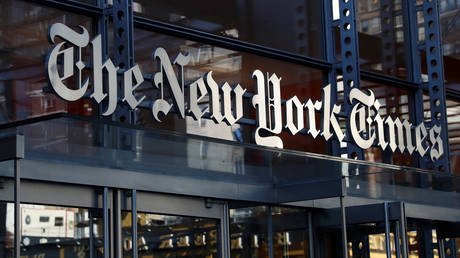 Hubbard, a reporter covering the Middle East, wrote on Sunday that a hacking attempt was first made on his phone in 2018, when he received a “suspicious” Arabic language text message inviting him to a protest outside the Saudi embassy in Washington, DC. A similar message followed, and digital rights group CitizenLab told Hubbard both messages originated from servers that had previously been used to target Saudi activists.

Two more attempts followed in 2020 and 2021, but they were so-called ‘zero-click’ exploits, meaning Hubbard would not have had to click on any links or messages to allow the hackers into his phone. These attempts were successful, and once inside Hubbard’s smartphone, the hackers were able to view all its contents, surreptitiously activate his microphone and camera, and delete traces of their previous hacks.

Read more:   Putin's energy weapon? With much of Europe facing a worsening squeeze on gas supplies, the West is already looking to blame Russia

“Picture a thief breaking back into a jewelry store he had robbed to erase fingerprints,” Hubbard wrote.

NSO Group denied that its software was used to hack Hubbard’s phone. The Israeli firm said it did not possess the technology to do so back in 2018, and that Saudi officials could not have hacked the reporter in 2020 and 2021 because of unspecified “technical and contractual reasons and restrictions.” (RT)