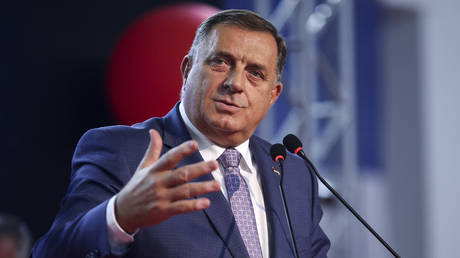 Issues around the new Gazprom natural gas pipeline could be resolved in as little as two months, Bosnian Serb leader Milorad Dodik told Russia media on Wednesday, calling the infrastructure project one of the most important priorities.

“We believe that we can solve this in the foreseeable future, in a couple of months,” said Dodik, noting that the most important thing is to inaugurate the new government and work to remove the administrative obstacles to the pipeline’s construction.

“In any case, I am very grateful to [Russian] President [Vladimir] Putin for the fact that over the past ten months I have met with him three times and each time we talked about very specific issues and projects,” he added.

Dodik claimed victory in Sunday’s presidential elections in Republika Srpska, the Serb half of Bosnia-Herzegovina. Meanwhile, the outgoing RS President Zeljka Cvijanovic was elected to Dodik’s old seat in the tripartite Bosnian presidency.

“Everything else has been resolved, Gazprom has given their full approval and signaled readiness to make the investment, one of the biggest in Republika Srpska,” Dodik added. 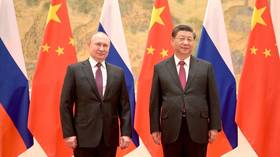 Bosnia has previously obtained Russian natural gas via Ukraine and Hungary. Since January 2021, the RS gas utility switched to deliveries through TurkStream, using the connector with Serbia in Zvornik. The planned pipeline through RS would add a connector in nearby Bijeljina and 325km of pipes to help distribute gas.

Dodik said an “economic association of solidarity” may be necessary to respond to challenges facing Europe in the energy sector. Republika Srpska is working with Serbia and Hungary to maintain friendly relations with Russia for the sake of energy stability, he added.

The West “must learn that communication is no longer possible from the position of demanding complete obedience and submission. Therefore, if the West wants to talk, it must respect our foreign policy priorities,” of which the main one is “successful cooperation” with Russia, said Dodik.

The Dayton Accords, which ended the Bosnian civil war in 1995, partitioned the former Yugoslav republic into Republika Srpska and the Muslim-Croat Federation of Bosnia and Herzegovina. A limited joint government has been repeatedly expanded by a succession of international “high representatives,” and Dodik’s opposition to the trend got him blacklisted by the US in 2016. (RT)