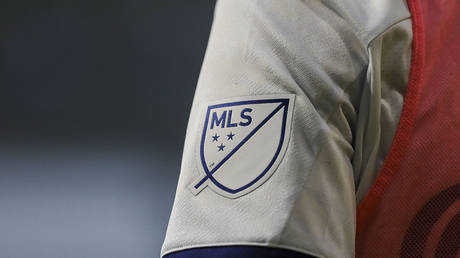 Major League Soccer (MLS) teams have been handed a new diversity hiring policy which requires two or more non-white candidates to be in the ‘finalist pool’ – with potential fines topping $100,000 for clubs failing to comply.

The new rules, which the MLS board announced are aimed at a ‘more robust consideration of non-white candidates for open positions’, apply to sporting roles at clubs in the most high-profile football competition in the US.

They order that one of the candidates must be Black or African American ‘as part of a renewed effort to prioritize opportunities for Black candidates’. The policy previously only required one ‘diverse candidate’ to be interviewed for an open position.

Teams will also be required to demonstrate an equal interview process and ‘comparable interview experience for all candidates’ – with a fine of up to $50,000 for organizations failing to do so on first offense.

We’re proud to announce updates and enhancements to the MLS Diversity Hiring Policy for sporting positions with clubs.These changes increase the policy’s efficacy, add a focus on the hiring of Black candidates, and strengthen enforcement.Full policy ⤵️ https://t.co/k9LUddqJdW

Overdue. The hiring process in pro sports has been based on cronyism. Diverse talent is there, ready to present their qualifications. Hiring the “best” person for the job” is just lip service if Black candidates are systemically excluded from consideration.

The league will impose further sanctions of up to $100,000 for a second offense and warned that it could go beyond that for teams found to have broken the rules again at the Commisioner’s discretion.

Sola Winley, the MLS Chief Diversity, Equity and Inclusion Officer and Executive Vice President, thanked the working group who set up the new policy for the “significant time and thoughtful attention” that went into the policy update.

The individuals in the group included members of Black Players for Change – an independent organization of more than 170 MLS players, coaches and staff – and representatives of the Soccer Collective on Racial Equality.

Shouldn’t you just hire the best person regardless of race or gender. This seems counter productive..

What about Latinos?Did you guys already filled the quota?How are you guys going to give the percentages of each race, gender and ethnicity?

“The enhancements to this policy are intentionally designed to hold ourselves accountable to increasing opportunities for diverse representation – and, more specifically, Black representation in MLS sporting positions from our academies up to our first team,” said Winley.

Colorado Rapids Head Coach Robin Fraser said that the modifications would “ultimately help to create more opportunities for Blacks and other underrepresented groups in sporting positions in Major League Soccer.”

As a diversity consultant for 25 years, an ardent MLS supporter & a photographer that covers #NERevs I am happy to see the league taking this type of action. Changing to two candidates instead of one will make a difference. #Diversity#Inclusion#BLM

how about we focus on hiring people based off their qualifications and experience and not their skin color? that makes sense👍

“To be clear, I don’t feel like [the Rapids team owners] gave me a chance because I’m Black,” he emphasized.

Read more:   Iran says neither positive nor negative decision made on renewing monitoring deal with IAEA

“I believe I was hired because [they] felt like I was the best candidate for the job.

“This modification to the hiring policy will undoubtedly give more exposure to Black candidates and definitely create more opportunities within the Black community.”

MLS Commissioner Don Garber claimed the move is a continuation of efforts to “diversify the MLS ecosystem at every level”.

“This new policy will ensure that more Black candidates will be interviewed for MLS technical positions, and we fully expect this effort to result in tangible changes to the racial makeup of technical staffs across the league,” he explained. (RT)

Skirmish breaks out on Kyrgyz-Tajik border

A skirmish between Kyrgyz and Tajik border guards broke out, Report informs, citing TASS that…

The launch of the Armenian-Azerbaijani border delimitation process will prevent the border incidents, Deputy Director…

The members of the Council for Constitutional Changes have been announced in Armenia, Report informs,…