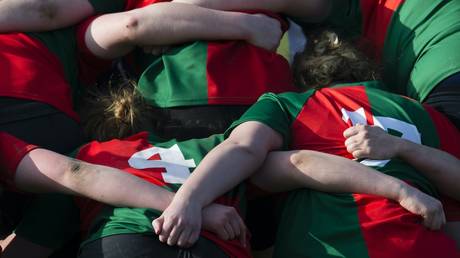 Idaho has become the first state in the US to ban transgender athletes from taking part in female sports leagues, after a two new laws were passed to prevent it.

Also on rt.com Arizona’s trans athlete ban is the only sane way to deal with the issue

“It is a sad day in the United States when lawmakers are more determined to stop trans young people from playing games than to provide them with the care, support, and opportunities they need to survive and thrive,” said Sam Brinto, the head of The Trevor Project, which advocates for LGBT+ youth.

State lawmaker Barbara Ehardt, who introduced the bill, explained the new legislation thus: “Under this bill, boys and men will not be able to take the place of girls and women in sports because it is not fair.”

The law preventing transgender people from changing their gender on their birth certificate, could face a legal challenge from LGBT+ groups, who have strongly opposed the move.

“Transgender people need accurate identity documents to navigate everyday life, and this gratuitous attack puts them back in harm’s way for harassment and even violence,” said Kara Ingelhart, a lawyer at Lambda Legal, in a statement.

The company, which has worked with LGBT+ groups on a variety of cases, has highlighted the fact that a federal court had ruled in 2018 that Idaho was violating the US constitution by not allowing trans people to change the gender on their birth certificates.

Two other US states, Ohio and Tennessee, already have the law on their statute books. (RT)

Here’s what you need to know about the coronavirus right now: Hospitals slash use of…

Why has US sport been rocked by a series of child abuse scandals?

Covid-19 has caused unprecedented turmoil in the aviation industry. What does that mean for pricing…

Thanks, but no thanks? Trump rebuffed after offering to mediate India-China border standoff