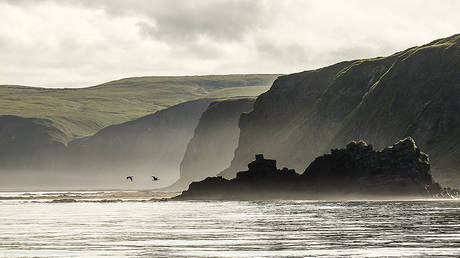 Yoshihide Suga, Japan’s new prime minister, has told his country’s parliament that an end to its long-running territorial row with Russia might soon be in sight, potentially signaling closer ties between the two nations.

Speaking at the opening of the parliamentary session on Monday, Suga said the over half-a-century-long diplomatic tensions over the Kuril Islands, “should not be passed on to future generations.” The prime minister added that “there should now be a final resolution to it… We will move forward on the basis of previous agreements between the two countries.” Later on that day, Russia’s Foreign Minister Sergey Lavrov used an annual press conference to welcome future talks with “our Japanese friends” and emphasized the strength of their relationship.

Japan has previously claimed sovereignty over the four southernmost islands of the archipelago, located in the Pacific Ocean, off the coast of the Russian Far East. Historically inhabited by the Ainu people, Moscow insists the islands were handed over to the Soviet Union as part of the 1945 Yalta agreement, in exchange for its part in defeating Imperial Japan in World War Two. The islands have been administered by Russia since then.

Also on rt.com Sorry Sergey, you’re Shinzo now! US tells 20,000 Russian islanders from disputed Kurils that it considers them to be Japanese

However, Tokyo has in the past refused to accept that the Yalta deal included the southern atolls, which it refers to as its ‘Northern Territories,’ including two of the three largest islands. The dispute has hampered the signing of a post-WWII peace agreement between Russia and Japan, meaning that the two countries are technically still in a state of war. (RT)