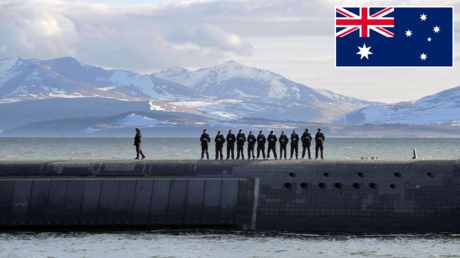 Moscow has joined Beijing in hitting out at a new military pact between the US, UK and Australia, saying that the move puts the West on a collision course with China and could lead to a sharp escalation in international tensions.

Speaking to RIA Novosti on Friday, Nikolay Nozdrev, the director of the Third Asia Department of the Russian Foreign Ministry, said that the new pact between the three nations, known as AUKUS, could spur countries around the world to expand their military stockpiles and exacerbate regional disputes.

“It is already public knowledge that the purchase of American ‘Tomahawk’ sea-based cruise missiles by the Australians, agreements on the deployment of US Air Force jets, expansion of other forms of bilateral military cooperation, and the possibility of using Australian bases by British nuclear submarines are being discussed,” Nozdrev said.

Also on rt.com Why it now suits America to cool the talk of Beijing’s Uighur ‘genocide’ in Xinjiang

“All of this can’t help but raise serious concerns about the impact of AUKUS on regional stability and security, the tangible risks of unleashing an arms race… and the continued effectiveness of the nuclear non-proliferation regime,” he added.

As part of the AUKUS agreement, Australia will be able to use US technology to build its first nuclear-powered submarines, set to patrol the waters of the Pacific. The region has seen an increasing number of standoffs between American and Chinese sailors in recent years.

On Thursday, Russian President Vladimir Putin commented on the new security pact, arguing that it is wrong when countries team up against other nations. “The creation of some blocs, including the one you mentioned, with the US, UK, and Australia, undoubtedly undermines regional stability, because, in my opinion, it is good to be friends with each other – but to be friends against someone is bad. It undermines the stability that we all talk about and we all care about,” he said. (RT)