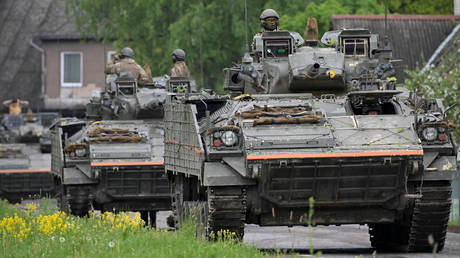 The upcoming NATO summit in Madrid might see the military bloc decide to send thousands of troops to Russia’s doorstep, the Spanish newspaper El Pais reported on Sunday, citing its sources. The bloc, which is set to “re-invent” itself next week, will also reportedly cut all ties with Moscow, the paper added.

NATO member states are ready to turn Eastern Europe into a “fort” hosting thousands of soldiers and a large quantity of military equipment amid fear of a potential Russian assault, El Pais said, citing sources familiar with negotiations, which are still going on at the military bloc’s headquarters in Brussels ahead of the summit scheduled for June 28-30.

The bloc “wants to send a message that it is on war footing” and ready “to respond to any aggression,” the paper said. NATO would also use the summit to boost national defense spending and joint financing of the bloc, it added. 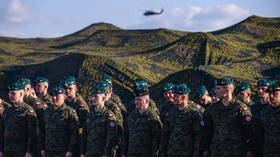 The “main debate in Madrid will be between the Eastern European [nations], who would like to transform the battalions into heavily armed brigades stationed permanently on their territories, and [nations], such as the US or Germany, who prefer to continue with the current strategy of rotating forces, which are reinforced in the event of a crisis or conflict,” Jamie Shea, a former high-ranking NATO official who currently heads the Center for War Studies at the University of Southern Denmark, told El Pais. (RT)

ICGB reveals why commissioning of Greece-Bulgaria interconnector is delayed

The delay in the commissioning of the Greece – Bulgaria interconnector (IGB), through which Azerbaijani…

Bitcoin rises in price by 3.6% in half hour