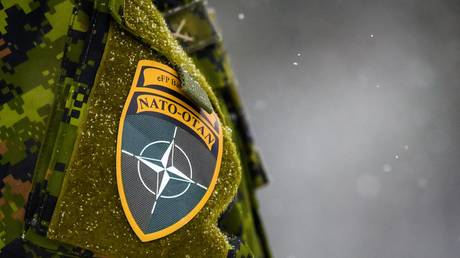 Kiev has reportedly asked the military bloc to urgently provide it with hundreds of thousands of uniforms and other equipment FILE PHOTO. © AFP / Gints Ivuskans

NATO members have been scraping the barrel in their efforts to supply Ukraine with sufficient winter uniforms and field camp equipment, Germany’s Der Spiegel magazine reported on Monday. Kiev has apparently called on the bloc to urgently provide the necessary equipment before the cold weather sets in.

According to Der Spiegel, Ukrainian Defense Minister Aleksey Reznikov wrote a letter to NATO Secretary General Jens Stoltenberg back in late July, calling on the military alliance to provide cold-proof field tents along with clothing for as many as 200,000 Ukrainian soldiers. The uniforms and equipment should be delivered as quickly as possible, the minister added, according to the magazine.

Several NATO nations have since been searching their warehouses for the needed supplies. The organization confirmed to Der Spiegel that it is in contact with member states on the issue. According to reports cited by Der Spiegel, so far the US and Canada, as well as Sweden and Finland, which are yet to join the military grouping, have together promised deliveries that could cover up to 50% of Ukraine’s demands. 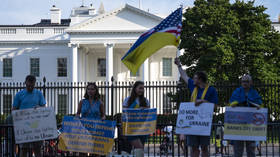 Military officials from various NATO members argue, though, that most of their nations’ stocks are reserved for the national armies, Der Spiegel says. The defense alliance has reportedly offered to replace the uniforms and equipment member states hand over to Kiev, using the so-called NATO trust fund, amounting to $40 million.

Germany also reportedly plans to join the effort, although it had earlier struggled to equip its own troops with the necessary gear, Der Spiegel says. By sending winter clothing and field camp equipment, Berlin could make “an important contribution” to Ukraine’s defense ahead of the approaching winter, Defense Minister Christine Lambrecht said.

According to Der Spiegel, the German military is “quite critical” of the idea of handing over its equipment to Ukraine. Lambrecht herself repeatedly stated earlier that the German Armed Forces – the Bundeswehr – are about to reach the limits of what they can give away when it comes to weapons. (RT)