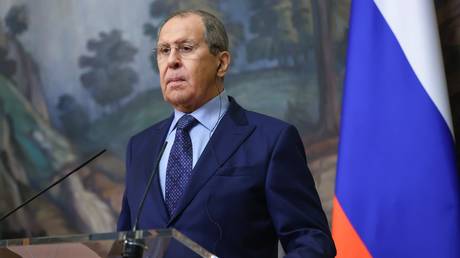 Alarming quantities of weapons are being shuttled by NATO towards the border with Russia, Moscow’s top diplomat has warned, adding that Western states are engaging in provocations that could lead to an actual armed conflict.

Speaking at a press conference on Tuesday, Foreign Minister Sergey Lavrov revealed that “significant units and armaments from NATO countries, including American and British, are being moved closer to our borders.” 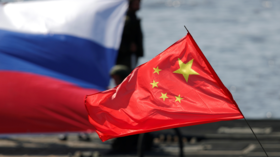 Russia & China to team up against ‘illegitimate’ US sanctions

He said that, in neighboring Ukraine, “more and more forces and equipment are being accumulated on the line of contact in the Donbas, supported by an increasing number of Western instructors.”

According to the veteran diplomat, these nations also encourage officials in Kiev to take anti-Russian actions, which he said can easily “turn into military adventures.”

Lavrov warned that “if the West cannot hold back Ukraine – and actually encourages it – of course we will take all necessary steps to ensure our security.”

He also blasted the West’s long-term pushing of other states into anti-Russian ventures, noting that the incorporation of former Soviet republics into the military bloc is the “brightest example” of this – a move which Russia has openly denounced.

Lavrov’s remarks come amid reignited tensions between the US-led alliance and Moscow. In a recent interview with CNN, its chief, Jens Stoltenberg, said NATO had tripled the size of its resource force and bulked up its presence in both the Black and Baltic seas to counter Russian presence.

A US Navy guided-missile destroyer, the ‘Arleigh Burke’, was shipped off to the Black Sea some days ago not long after two other American warships were spotted cruising in the same waters near Russia. (RT)