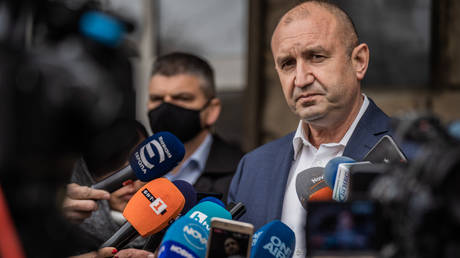 NATO should not welcome Ukraine into its ranks until the armed conflict between Kiev and Moscow has been resolved, Bulgaria’s president has argued. Rumen Radev’s comments run counter to a joint communique adopted earlier by the leaders of several eastern and central European countries.

In a statement published by the Bulgarian Telegraph Agency on Monday, Radev’s office said the president felt compelled to clarify why he had not signed off on the pro-Ukraine declaration.

According to the Bulgarian head of state, the “security environment” has changed dramatically since 2008, when Bulgaria joined a declaration on Ukraine’s future accession at the summit in Bucharest. The reality on the ground now dictates that Ukraine’s “membership in the Alliance be discussed within the full composition of the North Atlantic Council,” the president said.

He also warned against the “direct involvement of NATO countries in the war.” 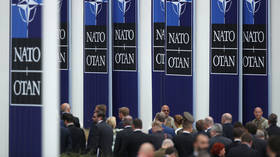 Radev went on to suggest that a “decision on Ukraine’s accession to NATO should be made only after the development of clear parameters for the peaceful settlement of the conflict between Russia and Ukraine,” which would be acceptable to both sides.

On Sunday, the presidents of the Czech Republic, Estonia, Latvia, Lithuania, North Macedonia, Montenegro, Poland, Romania, and Slovakia expressed their support for Ukraine’s membership bid and urged all allies to “substantially increase” their military support to Kiev.

At the summit in Romania, the alliance’s members welcomed the “aspirations for membership in NATO” of Ukraine and Georgia, stopping short, however, of providing any time frame for these countries’ accession.

Meanwhile, NATO Secretary General Jens Stoltenberg, pointed out that “any decision on membership has to be taken by consensus” of all 30 member states.

On Friday, Ukrainian President Vladimir Zelensky announced his country’s intention to apply for fast-track NATO membership. It came on the same day that Russian President Vladimir Putin signed treaties on the inclusion of two Donbass republics, and the Kherson and Zaporozhye Regions, into Russia – something Ukraine and most other countries see as an attempt at an illegal annexation. (RT)