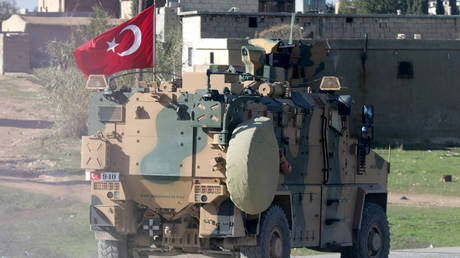 Turkish Defense Minister Hulusi Akar accused NATO of abandoning the country to fight terrorism by itself, after the alliance declined to label Kurdish fighters in northern Syria terrorists.

Ahead of a NATO summit in London earlier this week, the Turkish government suggested that it would block a defense plan for the Baltic states unless the alliance designates the Kurdish YPG militia a terrorist group. Ankara has been engaged in a low-intensity conflict with the YPG for decades, and launched a military offensive against the Kurds in northern Syria in September.

Turkish President Recep Tayyip Erdogan eventually relented, dropping his objection and backing the Baltic plan, but urging NATO to “not abandon us in the fight against terror.” The alliance did not, however, resolve the YPG issue with Erdogan. (RT)