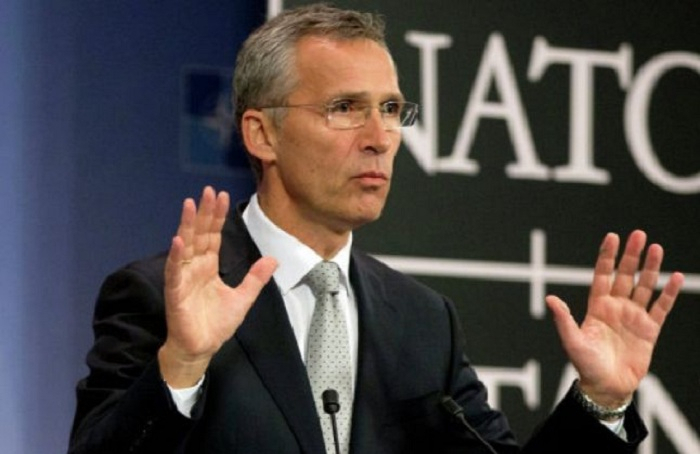 Speaking about the Karabakh conflict, Jens Stoltenberg said: “I reminded the President that NATO is not part of this conflict. Both Azerbaijan and Armenia have been valuable partners of NATO for more than 25 years.”

“As I said, both countries are respected partners of NATO. When the head of a partner state comes to Brussels and asks for a meeting, it is natural for me to hold such a meeting. We hosted the visit of the President of Azerbaijan Ilham Aliyev earlier and I am ready to talk to him again. Meeting with the leaders of various partner countries, including the leaders of Armenia and Azerbaijan, is part of this partnership. I recently met with the President of Armenia, and if there is an appeal for such a meeting, I will meet with the President of Azerbaijan”, said Secretary General while answering the questions of reporters on whether he was ready to meet with the Azerbaijani leadership.

Read more:   Vladimir Putin's 'daughter' appears on TV, and a taboo is cracked

He reiterated that NATO is not part of the Nagorno-Karabakh conflict. At the same time, Turkey is an important ally in NATO, and the head of the Alliance brought this position to the attention of the President of Armenia.

Stressing NATO’s concern over the ceasefire violation, Jens Stoltenberg stressed the importance of ending the conflict and finding a peaceful solution.

“The targeting of civilians is unacceptable and must be stopped immediately. Everyone must work for a lasting political solution. “Armenia and Azerbaijan must continue discussions,” he said.

He noted that NATO supports the efforts of the OSCE Minsk Group co-chairs and welcomed the meeting between the foreign ministers of the two countries in the United States.