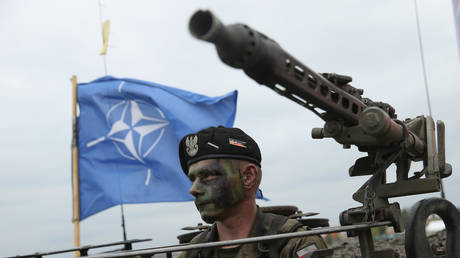 FILE PHOTO: A soldier sits in a tank as a NATO flag flies behind during the NATO Noble Jump military exercises of the VJTF. © Getty Images / Sean Gallup

NATO and Russia are facing off once again. At the center of the new cycle of mutual warnings and brinkmanship is Ukraine, which, despite being refused immediate admission to NATO, has become a major issue for Western leaders.

The US-led military bloc is accusing Moscow of planning a large-scale invasion and claims that such a move would have grave consequences. Russia rejects the accusation and, in turn, has warned NATO that its expansion in Ukraine, whether by a formal membership or informally by other means of military cooperation and infrastructure, is a red line for Moscow.

There is broad consensus that this is a dangerous situation that the world could do without. Even with no one really wanting large-scale war, an escalation is, of course, possible, be it by accident or by malevolent actors. Especially in this case, given Ukraine’s far-right forces are not really under Kiev’s control, and are exploiting high tension for provocation. It is also clear that such a war would be catastrophic. In the “best” case, the actual fighting would remain limited to Ukraine, which would be devastated, while the political and economic consequences would be global. In the worst case, the fighting would spread beyond Ukraine and could involve the use of nuclear weapons. 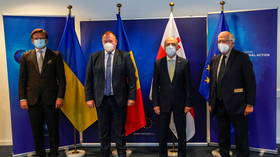 Why the EU no longer wants to expand east

How did we get here? One answer is simple and misleading: just blaming Russia will not do. Because if you, unrealistically, assign all responsibility to the other side of a conflict, then you cannot even begin to think about what your own side could do better. If that’s too abstract, think about how we got through the Cold War without blowing up the world. In essence, by three things: a mix of sheer undeserved luck, obstinacy, and compromise.

We can only hope about the luck. But the other two components of that proven humanity-survival recipe are up to us: While Cold War reenactors love to recall the obstinacy (or “determination”), they forget about the compromise. And yet, we are still here because compromise is how the Berlin crises and the Cuban missile standoff ended, for instance. No compromise, no world. Yes, as simple as that. Not always, but at decisive turning points.

But to be able to find a compromise, you have to do two difficult things: exercise empathy with your annoying opponent, and be self-critical. Put simply, accept that your potential enemy usually also has a point; and question your own assumptions, aims, and demands.

Is the West able to do so at this point? By far not well enough. Part of the reason is that NATO itself has become an obstacle to a genuine rethink. Not so much by its existence as by its increasingly ideologized self-understanding. Of course, an organization born in the Cold War has always been ideological. Yet during the Cold War, the base reality of the superpower standoff overshadowed the superstructure of ideology.

Symptomatically, however, NATO is now an organization that invests heavily and proudly in “strategic communications,” “outreach,” “branding,” and other forms of public relations. Make no mistake, these activities long predate the crisis of 2014 or any Russian efforts at “information war.” It was in 2010 that a NATO Deputy Assistant Secretary General for Public Diplomacy explained – in oddly colonial terms – that her organization was engaged in a constant “battle for hearts and minds.”

Read more:   SOCAR: There are plans to build methanol plant in Russia

Even if we politely refrain from calling such activities propaganda, there is a hefty, usually overlooked cost to them: They may look a little comical, with, for instance, sophisticated manuals on visual branding that illustrate such things as where to put the NATO logo on an umbrella. But they have a scary side: What if NATO’s leaders believe their own branding? Because that is a perennial problem with engaging in propaganda: You can start believing your own act. 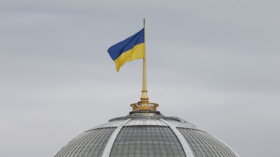 Ukraine warns neighbor not to recognize Crimea as Russia

In NATO’s case, this tendency is boosted by the manner in which it has prospered after the Cold War. With now 30 members (the most recent one, North Macedonia, joined in 2020), the alliance was founded in 1949, at the dawn of the Cold War. That conflict ended more than thirty years ago. Unlike the Warsaw Pact, its great Cold War adversary, NATO did not abolish itself after its end: The East’s main military alliance of the Cold War lost its purpose and disappeared. The West’s main military alliance of the Cold War also lost its purpose but set out to do, in essence, two things: reinvent its reasons to exist and expand. Both processes have not stopped to this day.

In terms of purpose, NATO presents itself as not only a military, but also a political alliance, promoting “democratic values” and peace, while ready for military action if needed.

The geographical scope of its post-Cold War missions and activities has been wide.

Current locations include Kosovo, the Mediterranean, Iraq, Africa, Albania, Montenegro, Slovenia and the Benelux countries as well as the Baltic region. Already finished are involvements in Afghanistan, the Gulf of Aden, at the Horn of Africa, Libya, Sudan, North Macedonia, and Bosnia-Hercegovina. Most recently, NATO has predictably obeyed its American hegemon and started making noises about China.

As the involvement in Libya and Afghanistan have demonstrated with brutal clarity, the bloc’s ongoing search for a purpose has led to mixed results. Some post-Cold War NATO activities have made sense, others have not, and some have contributed to abysmal fiascos. The recent turn against China is likely to be nonsensical rhetoric at best, but it has already provoked a fierce Chinese response.

Whatever its actual post-Cold War record, in terms of expansion, NATO has done very well for itself. At the end of the Cold War it had 16 members, now it has 30, and it won’t call an end to its permanent acquisition spree.

Critics exist. Some attack the bloc for still being there. In their view, it has long outlived its role and should have dissolved after the end of the Cold War, perhaps to be replaced by a different organization. More down-to-earth complaints include its lack of focus and the uneven sharing of its burdens among its members. (RT)