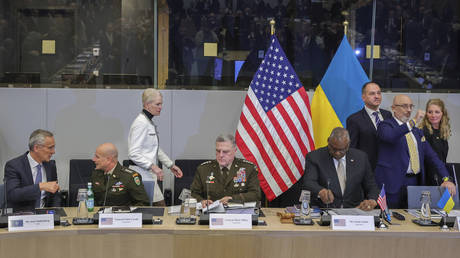 The NATO alliance will soon launch a scheme to rebuild Ukraine’s defense industry over the next decade, hoping to phase out Soviet-era weapons in favor of Western gear as Washington and its allies pledge new rounds of military aid to Kiev.

Officials from NATO and Ukraine are set to meet next week to discuss a “long-term commitment” to revitalize Kiev’s military-industrial complex following months of fighting with Russia, Politico reported on Wednesday, citing a senior NATO official.

“We will be looking at defense planning requirements to get Ukraine fully interoperable with NATO,” the unnamed official said. “It’s about shifting away from Soviet equipment … to NATO-compatible Western equipment.”

Read more:   What are the health costs of medical wastes? - iWONDER

Though the NATO staffer offered few details about the rebuilding effort, they said it would focus on Ukraine’s longer-term needs and likely involve several international partners. The initiative will be separate from another NATO project discussed by acquisition officials earlier this month, which also seeks to bolster Ukraine’s defense sector while replenishing Western stockpiles after heavy arms shipments to Kiev. 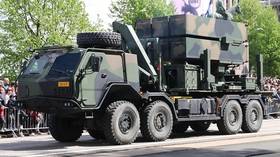 US Joint Chiefs of Staff Chairman Gen. Mark Milley said Washington and its allies would aim to provide such weapons, calling on members of the contact group to “chip in and help [Ukraine] rebuild and sustain an integrated air and missile defense system, specifically old systems.”

Dutch Defense Minister Kajsa Ollongren, meanwhile, vowed to send additional anti-aircraft missiles during Wednesday’s meeting, saying the “only result [Russia] is achieving with [continued attacks on Ukraine] is that we are going to deliver even more.”

Those pledges came soon after Germany delivered the first of four IRIS-T air defense systems to Ukraine, while France, the United States and Britain have each announced new weapons transfers of their own, including French truck-mounted howitzers, US-made NASAMS air defense systems and AMRAAM air-to-air missiles from the UK. (RT)