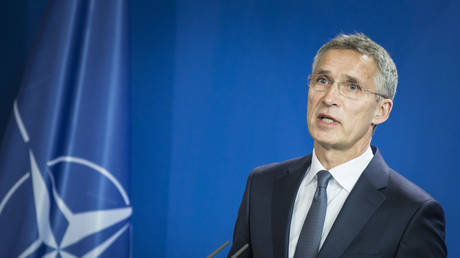 Finland and Sweden are unlikely to become NATO candidate members at the upcoming alliance summit on June 28-30 unless they fulfill Turkey’s demands, the bloc’s Secretary General Jens Stoltenberg announced during a press conference with Spanish media on Thursday.

The NATO chief acknowledged Ankara’s stance against the acceptance of Sweden and Finland into the bloc and called for Turkey’s concerns and demands to be discussed and resolved.

Ankara has opposed the accession of the two Nordic countries to the US-led military alliance citing their support for what Turkey deems to be terrorist organizations, namely the Kurdistan Workers’ Party (PKK) and the Gulen movement (FETO). Turkey demands that the two nations apply the same terrorist designation to these groups and extradite people linked to the organizations.

“No country has suffered as much from terrorist attacks as Turkey,” Stoltenberg said, adding that “Turkey is an important ally and when an ally has concerns it should be discussed and the problem resolved.”

He noted that this is how things are done in NATO, recalling that the candidate membership status of the Republic of Northern Macedonia was held up for over 10 years due to a veto from Greece, which cited concerns similar to Turkey’s, and that the issue was eventually resolved. (RT)