NATO Secretary-General Jens Stoltenberg may have inadvertently admitted that the Western military alliance is at war with Moscow, at least in the eyes of former Russian President Dmitry Medvedev. At issue is Stoltenberg’s statement on Tuesday that a military victory for Russia in Ukraine would be a defeat for NATO.

Medvedev called the comment “an open confirmation of NATO’s participation in the war against our country – an unwise, but pure-hearted remark. The honest Norwegian fellow has finally admitted it.”

Stoltenberg, formerly prime minister of Norway, made his comments in a press briefing as NATO ministers prepared to meet on Wednesday with Ukrainian Defense Minister Aleksey Reznikov. Among other issues, the ministers will discuss how to meet Kiev’s “urgent needs” and shore up their own weapons stockpiles after shipping billions of dollars’ worth of military aid to Ukraine in hopes of helping to defeat Russian forces. 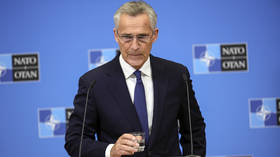 “There’s an urgent need for air defense, but of course also many other capabilities – precision-guided ammunition, HIMARS and other advanced, modern, NATO-standard systems,” Stoltenberg said of Ukraine’s aid requests. He added that NATO members are providing unprecedented support because “they understand that we have a moral, political and security interest in ensuring that Ukraine wins the war against President Putin.”

Russian officials have pointed out that providing more advanced weaponry to Ukraine, such as multiple rocket launcher (MRL) systems, will increase the risk of triggering a wider conflict. “The fastest way to bring the conflict in Ukraine to the point of no return is to arm the psychos in Kiev with longer-range MRLs,” Medvedev said. “The elderly leaders of Washington obkom and NATO upstarts must use their softened brains at least sometimes.” 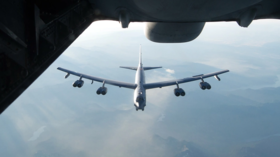 Stoltenberg insisted that NATO is “not a party to the conflict,” even as it plays a “key role.” He vowed that the bloc will stand with Ukraine “as long as it takes” to defeat Russia. “It is important for all of us that Ukraine wins the battle, the war against the invading Russian forces, because if Putin wins, that is not only a big defeat for Ukrainians, but it will be a defeat and dangerous for all of us.”

The NATO chief also accused Putin of “reckless nuclear rhetoric,” contributing to “the most significant escalation since the start of the war.” However, when asked whether the risk of a miscalculation amid heightened tensions with Russia prompted NATO members to consider canceling or modifying the bloc’s planned nuclear drill next week, he said, “Now is the right time to be firm and to be clear that NATO is there to protect and defend all allies.” (RT)