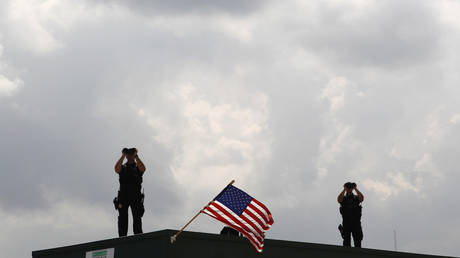 Lawmakers have dropped hints about the conclusions of a Pentagon probe into ‘unidentified aerial phenomena’ after receiving a classified briefing about the investigation.

The Navy and FBI informed members of the House Intelligence Committee about the government’s findings on Wednesday, ahead of a much-anticipated UFO report that is expected to be presented to Congress in the coming weeks.

Although remaining tight-lipped on what had been revealed, several lawmakers provided the media with vague but intriguing soundbites.

Committee Chairman Representative Adam Schiff (D-California), said that the briefing was “interesting” but declined to get into details.

“I did learn things that were certainly new to me. But I think I’m going to leave it at that,” he told the New York Post.

Also on rt.com US government considers at least some UFOs to be ‘EXTRATERRESTRIAL’ & ‘EXTRADIMENSIONAL’, ex-intel official says

“We take the issue of unexplained aerial phenomena seriously… we want to know what we’re dealing with,” he said. Maloney added that there are “legitimate questions” about the touchy topic, noting that there’s a “proliferation of technologies out there” that may be linked to unidentified aircraft.

Several other congressmen echoed similar concerns about how UFOs could pose a threat to the United States. Rep. Andre Carson (D-Indiana), who played a leading role in pressing the Pentagon to compile its report on the bizarre sightings, said that he was “looking forward” to holding a public hearing on the military’s findings.

The report likely won’t contain the testimonials about alien contact that some Americans may be hoping for, however. Rep. Mike Quigley (D-Illinois) said he was glad that the “stigma” surrounding UFOs was gone and that the issue was being taken seriously, but cautioned the public against expecting bombshell revelations. (RT)