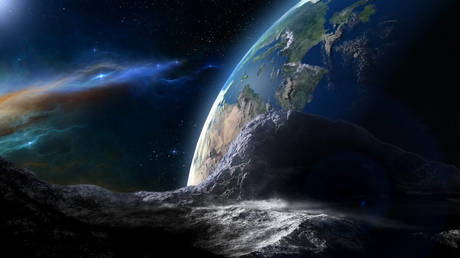 Two asteroids are set to dart past Earth in the coming days, while NASA has warned about an impending close shave with an airplane-sized space rock. A doomsday preacher has also issued a dire warning about the upcoming encounter.

Greatly enhanced detection techniques have allowed astronomers to witness an ever-increasing number of asteroid flybys in recent years. The latest installment will see two space rocks skim past Earth this week. Both of the rocks were only spotted in recent days, a reminder of the threat that undetected asteroids potentially pose to our planet. (RT)

On September 27, 2020, the telephone conversation took place between Foreign Minister Jeyhun Bayramov and…

President of Azerbaijan Ilham Aliyev has signed a decree on introduction of a martial law.…

On September 27, with the initiative of the opposite side, the telephone conversation took place…

Azerbaijan’s Defense Ministry: The enemy is fleeing the battlefield leaving combat vehicles behind

As a result of the counter-attack operation of the Azerbaijan Army units, enemy troops retreated…

Colonel Vagif Dargahli: There are a number of technical problems due to large number of requests to website of Ministry of Defense

Special session of the National Assembly of the Armenia – VIDEO