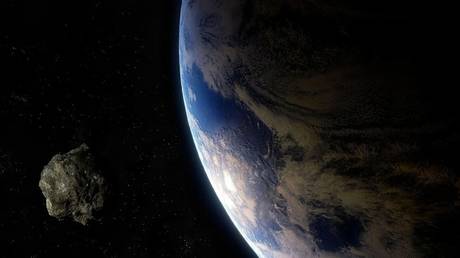 NASA is warning of the second ‘stadium-sized’ asteroid headed towards the Earth in as many weeks, shortly after announcing the postponement of its critical planetary defense mission to 2022.

Upping the ante significantly the following day, March 1, will be the Statue of Liberty-sized (91m) space rock 2011 DW, which will shoot past at a distance of 5.3 mn km.

Then on March 2 comes the piece de resistance, the second asteroid in two weeks which NASA describes as ‘stadium-size’: 1999 RM45, with a diameter of 396m – roughly 1.1 times the height of the Empire State building, 1.75 times that of the Golden Gate Bridge, or 0.5 times the size of the Burj Khalifa – will pay the Earth a passing visit at a safe distance of 2.6 mn km.

None of the aforementioned asteroids pose a particular threat to the planet, according to current understanding of their trajectories, but increasing reports about stadium-sized asteroids entering the Earth’s vicinity merely heighten fears of a potential impact. (RT)