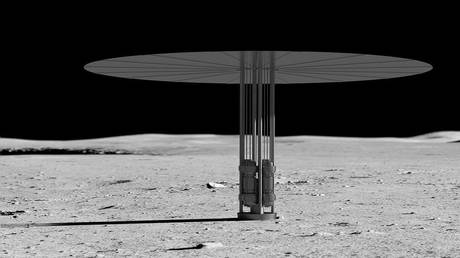 NASA would like to have nuclear power reactors for lunar and planetary expeditions, the US space agency said on Tuesday, announcing three contracts for developing concept designs by the end of the decade, in partnership with the Department of Energy. Military-industrial behemoth Lockheed Martin is one of the companies involved, along with the nuclear veteran Westinghouse.

NASA hopes to have a design for the “fission surface power system” ready to launch by the end of the decade. John Wagner, director of the DOE’s Idaho National Laboratory, called the project “a very achievable first step toward the US establishing nuclear power on the Moon.”

Three 12-month contracts are each worth $5 million and will fund initial design concepts for a 40-kilowatt fission power system, with a requirement to last at least 10 years in the unforgiving environment of the moon. If successfully demonstrated on the lunar surface, the reactors could be used for the eventual mission to Mars, NASA said. (RT)