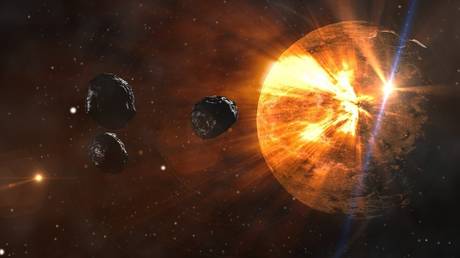 NASA is currently tracking three near-Earth objects (NEOs) due to fly past the Earth on November 20. Worryingly, two of the three were only spotted this past weekend, once again raising tensions over planetary defense.

NEO 2019 UK6 is an Amor asteroid, which that goes around the Sun and the Earth, occasionally, but very rarely, crossing Earth’s path. Apollo asteroids, on the other hand, intersect with Earth’s orbit as the planet travels around the Sun. (RT)