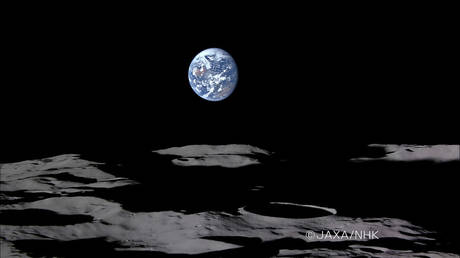 NASA has struck deals with four private enterprises involving collection of Moon soil, including a contract involving a cost of just one dollar, to further its understanding of the Moon’s resources, the US space agency has said.

All the four contracts involve collecting a small amount of lunar soil, which is essentially dust known as regolith, and proving images of the operation to NASA. The ownership of the collected samples is also to be transferred to the US space agency.

The partners selected by NASA for the mission involve two American companies – Lunar Outpost of Golden, Colorado and Masten Space Systems of Mojave, California – as well as ispace Japan of Tokyo and ispace Europe from Luxembourg. Contract fees awarded to the companies by NASA range between $ 15,000 for Masten Space Systems and just one dollar in the case of Lunar Outpost.

Also on rt.com Chinese probe finishes collecting samples of lunar rocks & and soil ahead of schedule

Three out of four companies are expected to carry out the materials collection during an unmanned Moon landing mission to Earth satellite’s south pole in 2023, while another one is scheduled to do so during another unmanned landing mission in 2022.

“I think it’s kind of amazing that we can buy lunar regolith from four companies for a total of $25,001,” said Phil McAlister, director of Commercial Spaceflight Development at NASA Headquarters.

A statement by NASA also said that the companies were selected on a basis of their ability to “satisfactorily” meet the necessary requirements, starting with the “lowest-priced” among the acceptable proposals. Still, it remains to be seen how Lunar Outpost completes its mission for just one dollar.

The yet-to-be-collected soil samples are part of NASA’s more ambitious plans, as the space agency seeks to use them to explore the potential of utilizing the Moon’s resources to satisfy the needs of sustainable human exploration of the Earth’s satellite – and probably even expanding its understanding of challenges humans are about to face during manned Mars exploration.

“We must learn to generate our own water, air and even fuel,” Mike Gold, NASA’s acting associate administrator for international and interagency relations, told AFP. “Living off the land will enable ambitious exploration activities that will result in awe inspiring science and unprecedented discoveries.” (RT)