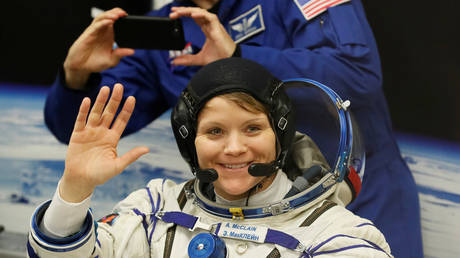 In a highly unexpected example of what it’s now possible to do in space, a NASA astronaut has been accused of breaking into her ex-spouse’s bank accounts while she was on board the International Space Station.

The bizarre accusation was made against decorated NASA astronaut Anne McClain, who is embroiled in a bitter divorce battle with her former partner Summer Worden.

Worden’s suspicions were raised when she noticed that her bank account was accessed without her permission from a NASA-affiliated computer network. After doing some further digging, the former Air Force intelligence officer accused McClain of breaking into her bank accounts while she was on board the ISS. (RT)

Huawei, the leading maker of telecoms network equipment, denied a newspaper report on Wednesday that…