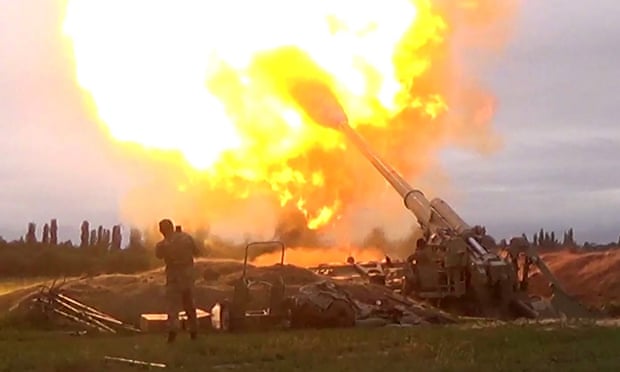 Nagorno-Karabakh belongs to AzerbaijanAzerbaijan’s ambassador to the UK, Tahir Taghizade, responds to the recent outbreak of hostilities in the region

Azerbaijan’s ambassador to the UK, Tahir Taghizade, responds to the recent outbreak of hostilities in the Nagorno-Karabakh.

“Regarding the article in the Guardian (At least 16 dead in Armenia-Azerbaijan clashes over disputed region, 27 September), Nagorno-Karabakh is not a “disputed” region. It is an internationally recognised territory of Azerbaijan occupied and ethnically cleansed by Armenia together with seven adjacent regions of Azerbaijan in flagrant violation of international law. Four UN security council resolutions, adopted in 1993 (822, 853, 874, 884) and demanding immediate withdrawal of the Armenian occupying forces from all occupied regions of Azerbaijan, remain unfulfilled”, Tahir Taghizade highlighted.

“To consolidate its occupation policy, Armenia established an illegal regime, the so-called “Nagorno-Karabakh Republic” (NKR), on the occupied lands of Azerbaijan. This puppet regime has not been recognised by the international community including Armenia itself. Thus, there is no such thing as “Nagorno-Karabakh military staff”.

According to the prosecutor general’s office of Azerbaijan, five members of a family were killed as a result of shelling by the Armenian armed forces against the civilian population of Azerbaijan on 27 September.

Armenia bears full responsibility for the recent outbreak of hostilities, which it started and is a direct result of its decade-long policy of occupation and aggression”, he added.