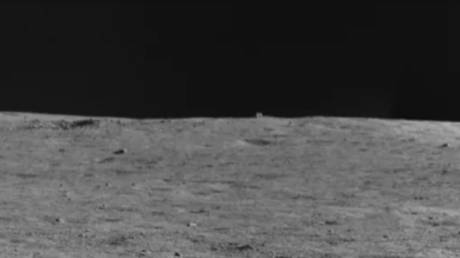 A Chinese Yutu 2 rover has spotted an odd object on the far side of the Moon, and it’s been described in initial reports by media outlets as a “mystery hut.” Yutu 2 is now poised to take a closer look at it.

The strange cube-shaped object was first spotted by the Chinese lunar expedition in November, China’s science outreach channel Our Space reported. The rover detected the object on the horizon some 262 feet (80 meters) away to the north as it was traversing the Von Kármán crater in the southern hemisphere on the far side of the Moon. (RT)