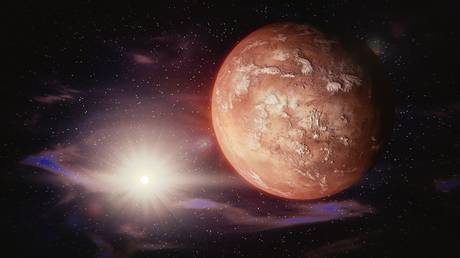 NASA scientists, already grappling with the inexplicable mystery of rising and falling methane levels on Mars, have noticed that some unknown phenomenon is creating and removing oxygen in the planet’s atmosphere.

NASA’s Curiosity Rover has been traversing the Gale Crater and up the foot of Mount Sharp for the past three Martian years (six Earth years), and has been sending back some truly baffling atmospheric readings.

In contrast to the Earth’s atmosphere, which is roughly 78.09 percent nitrogen and 20.95 oxygen, roughly 95 percent of the Red Planet’s thin atmosphere is CO2, with 2.6 percent Nitrogen, 1.9 percent Argon and 0.16 percent oxygen making up the remainder.

Also on rt.com What a butte! Curiosity beams back hauntingly beautiful PHOTOS of barren Martian wasteland

During the warmer spring and summer months, the oxygen levels recorded by Curiosity rose by some 30 percent, receding back to normal levels each Autumn, though by different amounts each year, indicating that some unknown phenomenon is adding and subtracting oxygen from the atmosphere.

At present, there is no known process that might explain these readings. (RT)