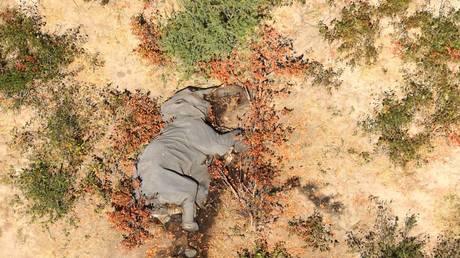 Officials in Botswana claim to have identified the culprit behind the mass die-off of elephants witnessed earlier this year between March and June: cyanobacteria poisoning. However, not everyone’s entirely convinced.

The die-off sparked major concerns among the wildlife conservation community as hundreds of pachyderms dropped dead in Botswana’s Okavango Delta earlier this year. The country boasts the world’s largest elephant population, comprising more than 130,000 animals, over 330 of which have so far died in mysterious circumstances.

Also on rt.com Not poisoned, not poached: Mystery surrounds death of 154 elephants in Botswana

“The deaths were caused by poisoning due to cyanobacteria which was growing in [salt] pans” or watering holes, the principal veterinary officer at the Department of Wildlife and National Parks, Dr Mmadi Reuben, revealed on Monday. (RT)