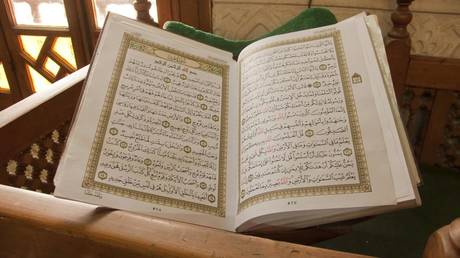 A man was lynched by an angry mob in northern Bangladesh after he was accused of blasphemy while visiting a local mosque. The victim was taken into custody, but the crowd dragged him outside, beating him up and setting aflame.

The horrifying incident unfolded at the town of Burimari in the northern Lalmonirhat district late on Thursday.

A local man, identified as a 50-year-old Shahidunnabi Jewel, along with his friend, decided to visit the Burimari mosque to offer a prayer. Jewel is said to have been suffering from an unspecified mental condition.

The two somehow got into a dispute with other worshippers and claimed Jamaat-ul-Mujahideen terrorists were hiding inside the mosque, local media reported.

“One of the men went inside the mosque … searching the bookshelf at the prayer hall claiming that firearms were hidden behind Koran and Hadith books,” a local council member, Zubed Ali, told the Dhaka Tribune. “At one point, five or six worshippers, who were outside the mosque, entered and dragged the man to the stairs outside before starting to beat him and the other man was waiting outside the hall.” (RT)