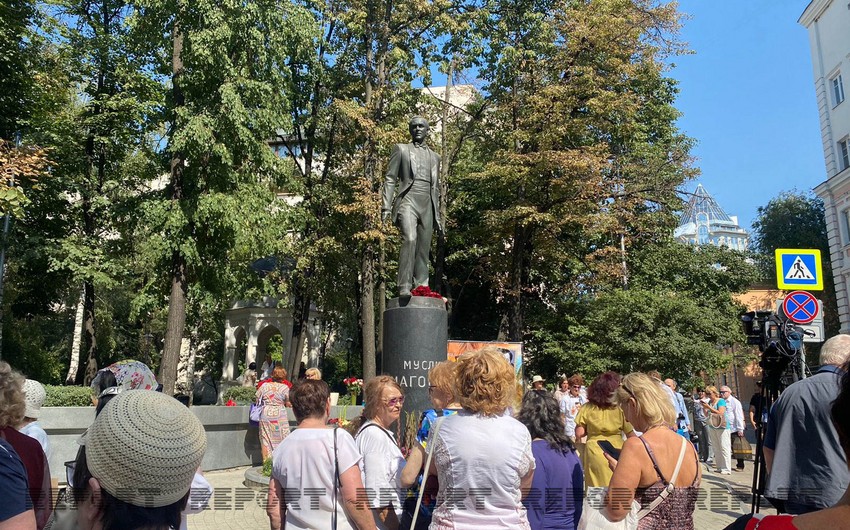 In Leontievski Lane, Moscow, residents commemorated People’s Artist of the USSR, Muslim Magomayev, on the 80th anniversary of his birth, the Russian bureau of Report informs.

To celebrate Magomayev’s birthday, friends, relatives, cultural and art figures, representatives of the Heydar Aliyev Foundation in Moscow, and numerous fans gathered in front of his monument.

People’s Artist of the Russian Federation, former head of the Ministry of Culture of Kabardino-Balkaria, Zaur Tutov, who opened the event with an introductory speech, shared his memories of the musician.

“The huge legacy of Muslim Magometovich has made millions of people and new generations happy, makes them happy, and will continue to make them happy,” he stressed.

According to him, Muslim Magomayev has done more with his work than many politicians because he brought together the hearts of millions of people from different nationalities and religions.

Songs from Muslim Magomayev’s repertoire were played at the commemorative event.