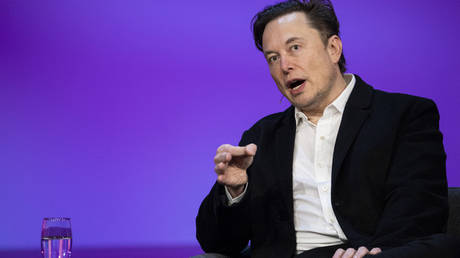 Billionaire Elon Musk urged caution on Friday following reports that the US is changing its stance on whether it should assist Ukraine in attacking Russia’s Crimean Peninsula.

Earlier this week, the New York Times reported, citing sources, that Washington is starting to concede that Kiev needs to have the ability to strike deep into Russian territory, even if this entails the risk of escalation.

US officials are said to be “discussing with their Ukrainian counterparts the use of American-supplied weapons, from HIMARS rocket systems to Bradley fighting vehicles, to possibly target … Crimea.” The peninsula overwhelmingly voted to join Russia in 2014 following the Maidan coup in Kiev.

Read more:   How Russia handed Moscow to Napoleon 210 years ago but went on to win the war

Musk responded to a Twitter user who posted a link to the Times article by saying: “I am super pro Ukraine, but relentless escalation is very risky for Ukraine and the world.” 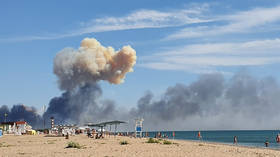 US may assist Ukrainian strikes on Crimea – NYT

This is not the first time the tycoon has weighed in on the Ukraine conflict. In October, Musk came up with a peace plan to end the hostilities between Moscow and Kiev. According to his proposal, Russia should “redo elections of annexed regions under UN supervision,” with Moscow withdrawing from these areas if this is what the people want.

He was referring to the Donetsk and Lugansk People’s Republics, as well as Kherson and Zaporozhye Regions, which overwhelmingly voted to join Russia last year.

However, the Twitter CEO also suggested that Crimea should remain part of Russia, sparking outrage in Kiev. Ukraine’s former ambassador to Berlin, Andrey Melnik, told him to “f**k off.”

Read more:   Hikmat Hajiyev: We are ready to withstand any pressure

Later, Musk noted that Russia views Crimea as an integral part of its territory, and attempts to seize it by a foreign power could trigger a nuclear war. “If Russia is faced with the choice of losing Crimea or using battlefield nukes, they will choose the latter,” he wrote at the time. (RT)