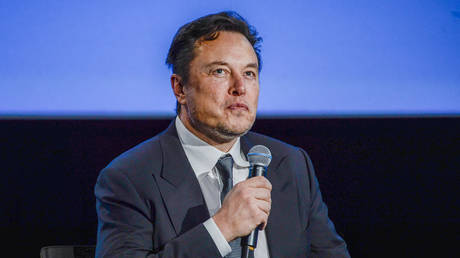 US billionaire Elon Musk and former Russian president, Dmitry Medvedev have lashed out at each other on Twitter. The Tesla CEO asked about the situation on the frontline in Ukraine, to which Medvedev invited him to Moscow to celebrate Victory Day.

The exchange came on Friday after Musk expressed appreciation for a tongue-in-cheek comment that Medvedev made about outgoing British Prime Minister Liz Truss.

He followed up on the compliment by asking Medvedev: “Btw, how’s it going in Bakhmut?” He was referring to a frontline city in the Donetsk People’s Republic in Russia which is currently controlled by Ukrainian troops.

“See you in Moscow on the Victory Day!” Medvedev responded.

The term “Victory Day” usually refers to the Russian national holiday on May 9, which marks the defeat of Nazi Germany, when the country holds large-scale military parades in Moscow and other major cities.

See you in Moscow on the Victory Day!

The first part of the online conversation between Medvedev and Musk was about the former president’s comment on Truss’ short tenure as Britain’s prime minister, which the billionaire called “a good troll.”

Medvedev reacted to Truss’ resignation this week by bidding her farewell and congratulating “lettuce,” alluding to a popular running joke in Britain.

Last week, The Economist magazine said that in just seven days of being in control since the period of mourning for Queen Elizabeth II ended, Truss “blew up her own government.” The time is “roughly the shelf-life of a lettuce,” it added.

The Daily Star tabloid responded last Friday by launching an online broadcast of a lettuce, wondering if it would last longer than the prime minister. Truss resigned on Thursday. (RT)